skip to main | skip to sidebar


The film is coming along nicely.


It's just about time for the BETA shoot of the film...


If every other industry does product testing to ensure consumer satisfaction, why doesn't the movie industry? Well, they kinda do, so I may as well try it out on my project. So, sometime between the magical dates of March 13th and 23th will be the PreFilm shoot. Then we'll cut 'n' edit the film, slap on a temp track some simple color grading, and have a product y'all can actually watch, comment on, and enjoy. If it's good, we'll go into production, and finish up later this summer (Shoot May Edit June Release July). If it's not, we'll make changes as necessary, and go for it.


So, if you want to hang out for a day doing the Video run of the film, or the 5 days we'll be
filming it, let me know.


We probably won't spend much time on lighting, sound or perfecting each of the fancy camera moves, but we'll get every frame of our storyboards, and everything we need for a 'test movie'

We've also decided on the title. 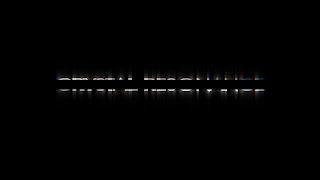 But we won't tell you.

So, check out BricklightStudios.com and learn more!
Posted by Paul at 8:31 PM